The inspiration for this recipe came from a dish that a friend brought to me when I was sick a couple of months ago.  It was so delicious I asked for the recipe, but she had purchased it from a gourmet-to-go place, so could not provide it.  I have been craving it frequently ever since.  This isn't necessarily close to what that recipe is, but it satisfied my craving, and I am sure to make it again!  We served it with quinoa and a salad. 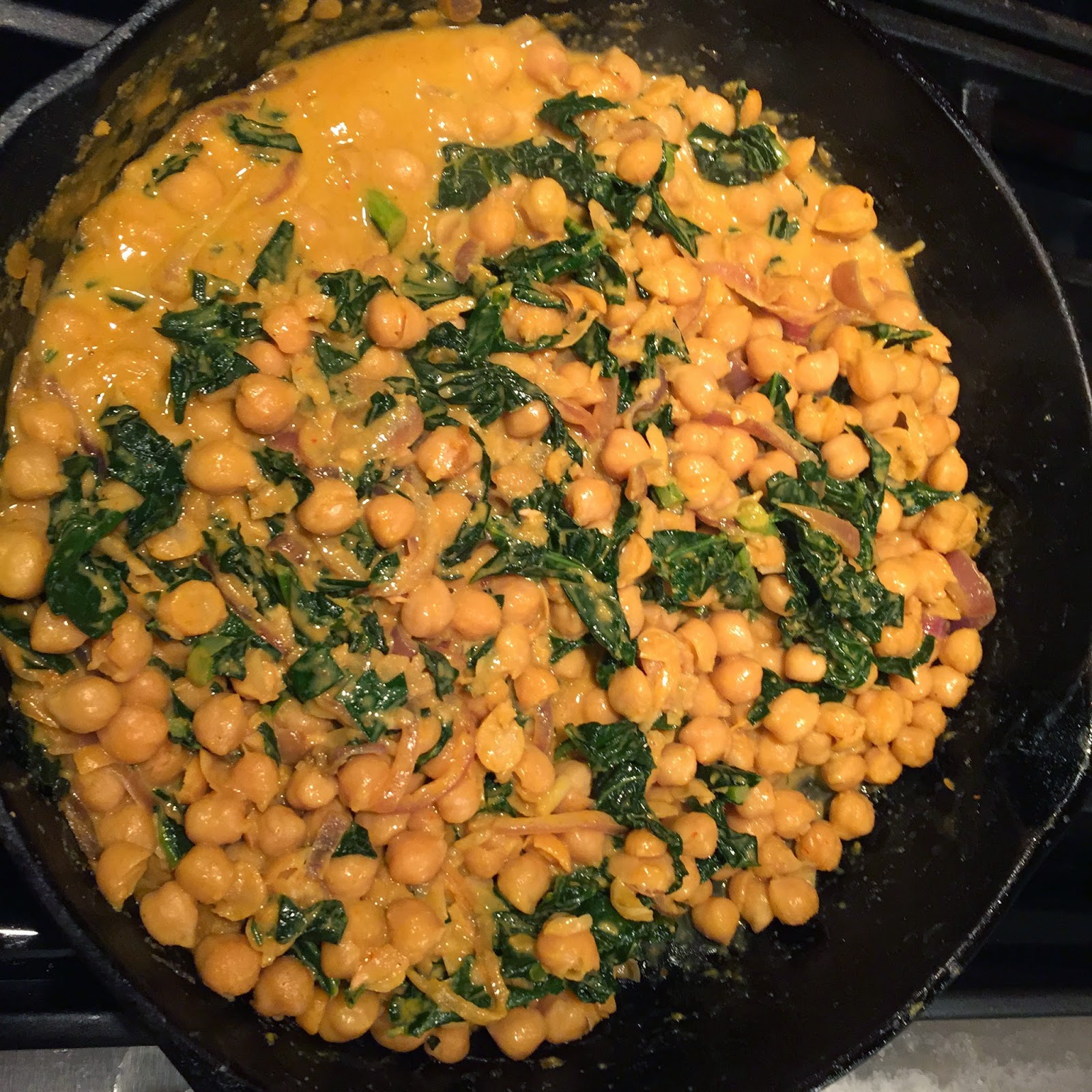 I started out this morning by cooking the chickpeas in my slow cooker.  This is a super-simple way to cook dried beans.  I just put 2 cups of dried chickpeas in the slow cooker with plenty of water, a piece of kombu and a dried chipotle pepper.  The kombu and dried chipotle provide all the flavoring you need.  I set it on "low" for 9-10 hours, then just scooped out what I needed for tonight's dinner.  The rest I put in a container in the refrigerator for a future recipe.  You can also freeze them.  If you do this, spread them out in a single layer on parchment paper on a baking sheet.  After they are frozen, pour them into a jar and place them in the freezer.  You can pour out what you need for future recipes.  Follow these instructions for other kinds of dried beans.  No need to soak them the night before!

I found the coconut cream for this recipe at Trader Joe's.  It is thicker than coconut milk, which is why I only used one cup (about half a can).  If you can't find coconut cream, substitute a can of coconut milk.  The finished dish will be a little thinner.